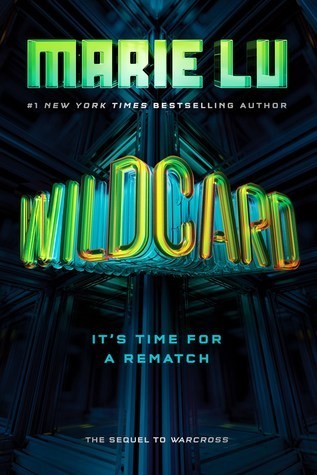 Pros:
– I loved the character arcs- Hideo, Emika, Zero, Jax- you name it- they all changed and evolved so much, with the book- and I loved it.

– There was so much action! And the best thing about action-filled books is that they drag you out of a slump. It’s like,,, being stuck in a ditch and then being yanked out by an airplane, actually.

– There were so many plot twists and I literally couldn’t predict a single one and it was the most HELPLESS feeling but also the BEST. Who wants whiplash??

– Man, can I just say that I’m a sucker for sci-fi? Futuristic worlds are the BEST.

Cons:
– Uh. Character arcs are one thing, and redemption arcs are another. I think that Hideo really, really, really didn’t need a redemption arc. Despite the fact that his algorithm KILLED people, he kinda got away with no punishment and I’m salty, okay. Yay reality, but I kinda read this book to escape from that.

– Also, I don’t mind this as much, but other people might: the two books’ plots were comPLETELY disconnected. VR and AI are both really cool! But the first book was centered on Warcross being this virtual reality system and Wildcard just said “sIKE! you THOUGHT!” and changed it into artificial intelligence. I liked how they meshed together! But,,, also my brain can only handle so much.

Life is always like that—you don’t know when you’ll suddenly claw your way out of your circumstances, or when you’ll go crashing back down into them. ‘I’m not going to tell you it’s never too late,’ I reply. ‘But, in my experience, it’s always the not doing that I regret more.’

A sheen of cold sweat covers my entire body. In my next life, I’m going to be an accountant.

^^ This is genuinely funny and I don’t know why more protagonists think like this.

Maybe I should feel like a hero. But I don’t. It’s always easier to destroy than to create.

have you read this book? did you like it, or did you disagree with what i said? would you want to read it?